So, often when I go skating around Jubilee campus, I end up doing a lap or two for a warm up for roller games after a break at BladeSoc, between practising slalom, or just for fun! I downloaded a new app today called Runkeeper to test its distance, speed and GPS route storing and to document the laps around Jubilee (short and long).

So from the app, you can see that the short route is around 1 mile long, with the longer route being (shockingly longer) ~1.3 miles. Towards the end of each route, the road surface gets quite uneven and annoying to skate on, but the majority of the route beforehand is really smooth and relatively flat. To get a better feel of the route for anyone who wants to skate it, I’m going to post photos below with text commentary and route lines! Follow the red line for the “long route” and the green line for the “short route”.

I hope those pictures help with demonstrating the lap routes. Here are the aerial map views of both routes (“long” red and “short” green) for those who prefer a circuit view, with the green and red filled circle representing the starting point: 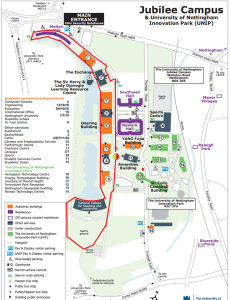 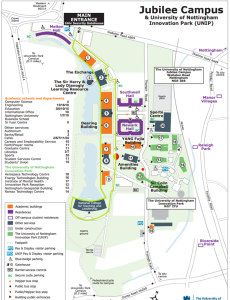 Of course there are shorter routes you could do from looking at the above maps, so feel free to experiment!